One of the most gripping true-crime stories of the 20th century is getting some new – and richly deserved – national attention. And it all happened right here in Virginia.

I wrote about it in my co-written 2017 book A Far, Far Better Thing: Did a Fatal Attraction Lead to a Wrongful Conviction? Now it’s the subject of a new eight-part podcast from Amanda Knox, the American student who spent four years in an Italian prison for the murder of her college roommate before being exonerated by Italy’s highest court. 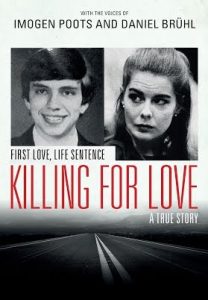 Part 1 of “Killing for Love” went online today at Sundance Now. Subsequent parts will follow every Wednesday into July.

It’s the incredible saga of the 1985 Haysom murders in Bedford County, outside Lynchburg. Derek and Nancy Haysom, a prominent retired couple, were found brutally stabbed and slashed to death in their home. Ultimately their daughter Elizabeth and her German boyfriend Jens Soering – both honor students at the University of Virginia – were convicted and sentenced to long prison terms.

My book, co-written with Jens Soering, makes the case for his innocence, which he has been proclaiming for the past three decades. His petition for a pardon has been languishing in the office of Gov. Ralph Northam since before he took office last year.

As Amanda Knox unraveled this twisted tale of obsessed young lovers and bloody murders, she discovered eerie parallels to her own case – with one key difference. She was exonerated and freed from prison after four years. Jens has been locked up for 33 years.

Amanda’s podcast probes a textbook example of how the American criminal justice system can go tragically wrong. And while you’re at Sundance Now, check out the riveting six-part documentary film about the case, also called “Killing for Love.” You can watch it for free if you sign up for a seven-day trial.

If all of this persuades you that Jens should be freed, let the governor know by emailing him here.