I claim no special expertise as a political prognosticator. But in the lead-up to this week’s Virginia primary election, I made one prediction with a fairly high level of confidence: Corey Stewart would win the Republican nomination to square off against Democratic Sen. Tim Kaine this fall. 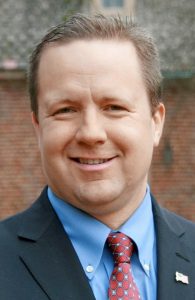 And sure enough, he did, much to the chagrin of the state’s buttoned-down GOP establishment. Tim Kaine must be thanking his lucky stars today.

Why was I so confident Stewart would win? Because I know the Virginia to which he pitched his candidacy. This is the guy who has built his political career by bashing the brown-skinned immigrants who are slowly but surely transforming the state’s demographics, by defending Confederate iconography, and by generally promising to out-Trump Donald Trump.

The president himself returned the favor in an early-morning tweet the day after the primary: “Congratulations to Corey Stewart for his great victory for Senator from Virginia. Now he runs against a total stiff, Tim Kaine, who is weak on crime and borders, and wants to raise your taxes through the roof. Don’t underestimate Corey, a major chance of winning!”

Sorry to burst your bubble, Mr. President, but here’s another prediction I’ll make with total confidence: Kaine will crush your man this fall. That’s because Kaine appeals to another Virginia – one that is in ascendancy.

Yes, there are two Virginias now. Look at Tuesday’s election results displayed on a color-coded map of the state, and it becomes obvious. The eastern half of the state – the increasingly diverse cities and suburbs of Virginia’s “urban crescent” from Virginia Beach to Washington – largely backed Stewart’s closest competitor Nick Freitas, the establishment-backed state lawmaker who took a hard-right stance but without Stewart’s Trump-lite buffoonery. That Virginia has become overwhelmingly Democratic, and it is growing. It delivered the state twice to Barack Obama and will form the backbone of Kaine’s victory in November.

The other Virginia – the largely rural half of the state west of Richmond – went solidly for Stewart. That is the Virginia I grew up in, the one I wrote about in my forthcoming book Uncle George and Me: Two Southern Families Confront a Shared Legacy of Slavery. It is the Virginia whose politicians once ran the state with an iron hand, who first enslaved and later disenfranchised the state’s African-American population, who erected a rigid system of racial apartheid and fought tooth and nail to preserve it.

The bad news for Corey Stewart is, that Virginia is dying. It is made up largely of old white men who see their privileged place in society threatened by a rising tide of women, young people and minorities demanding a place at the table. In microcosm, that Virginia is a perfect portrait of the Trump electorate. And I’ll make one more prediction: The Trump presidency is its last hurrah.